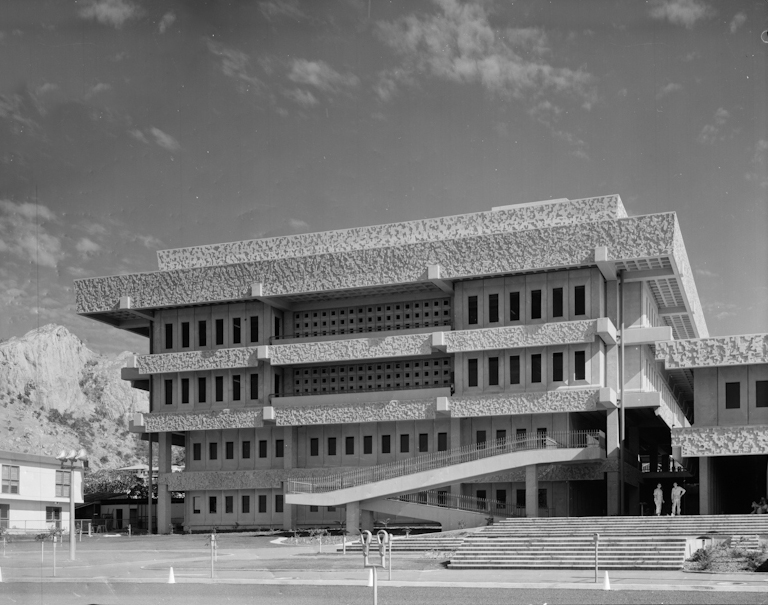 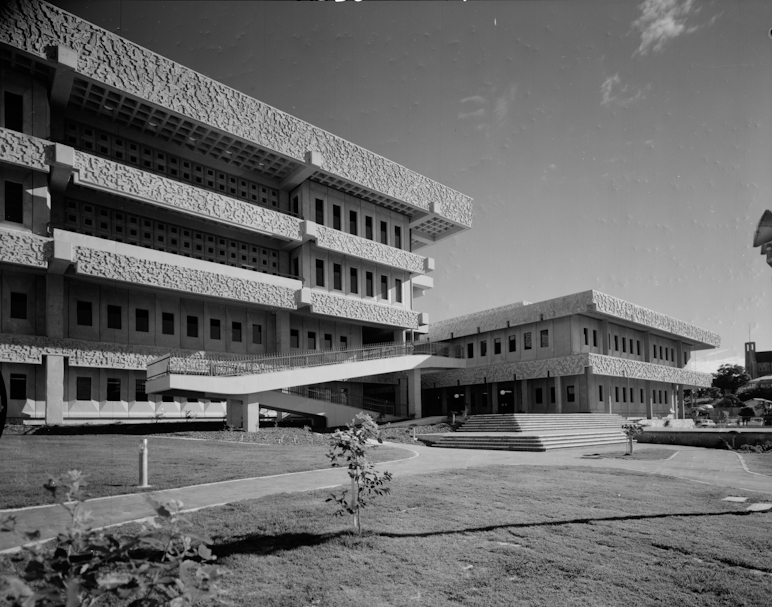 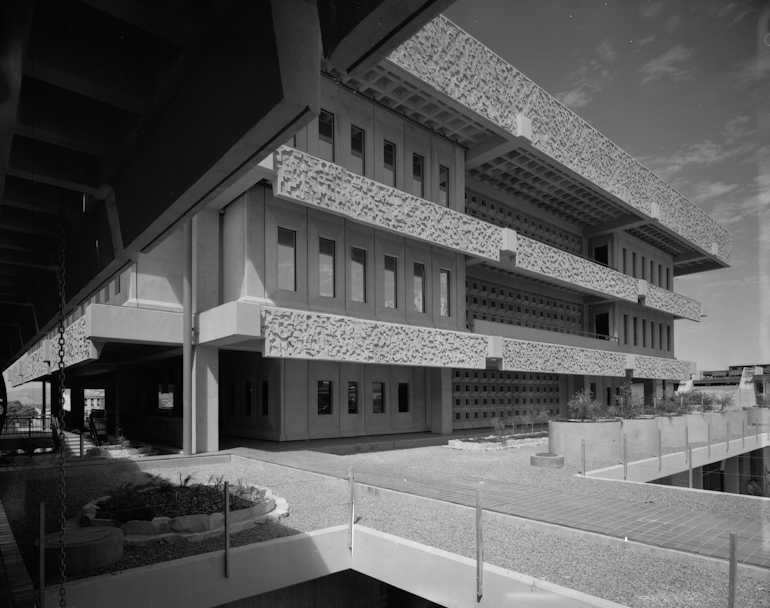 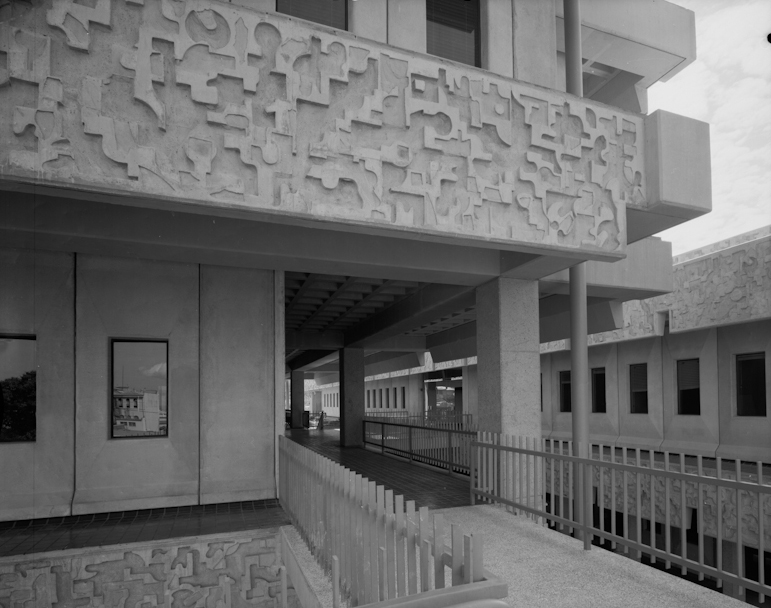 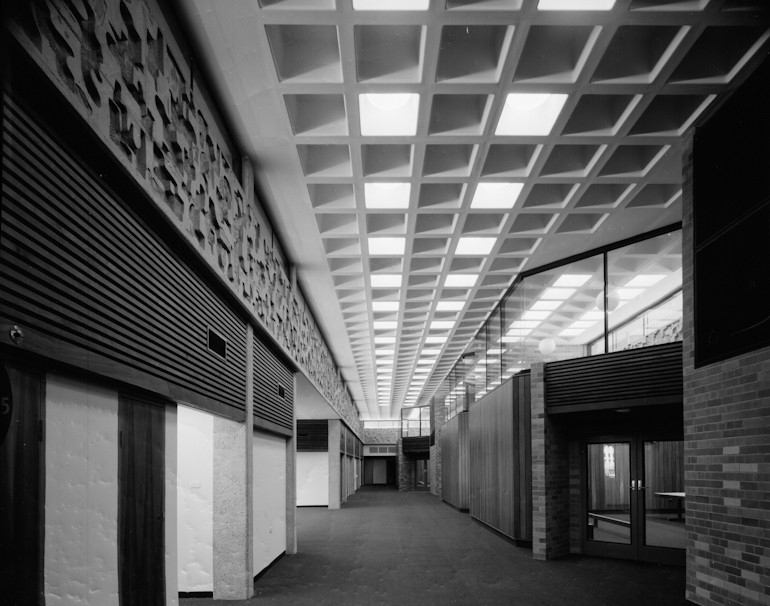 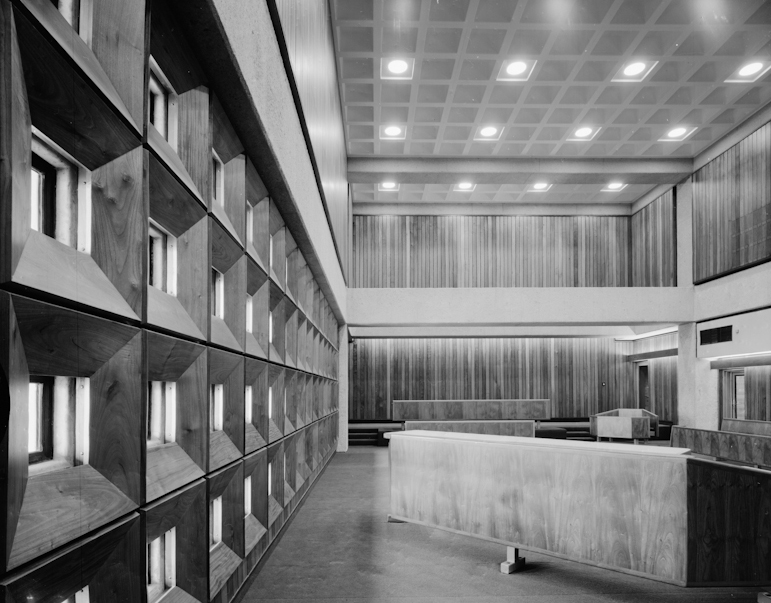 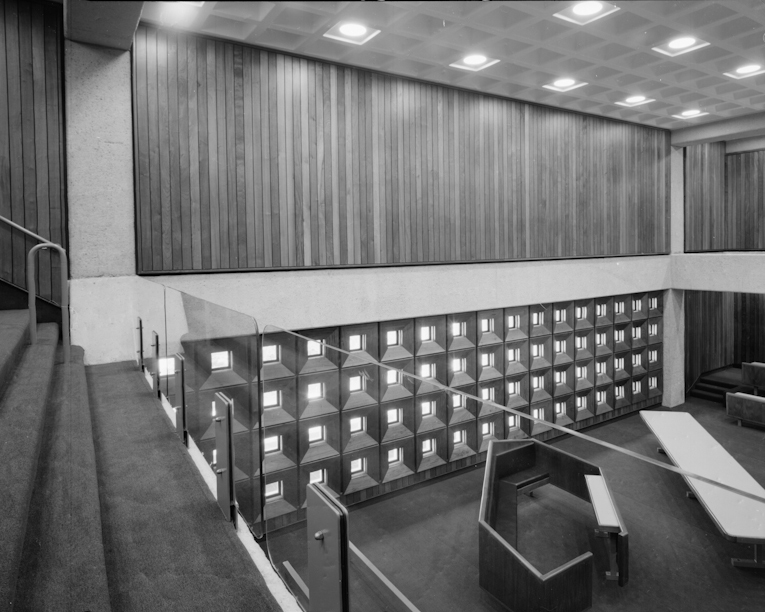 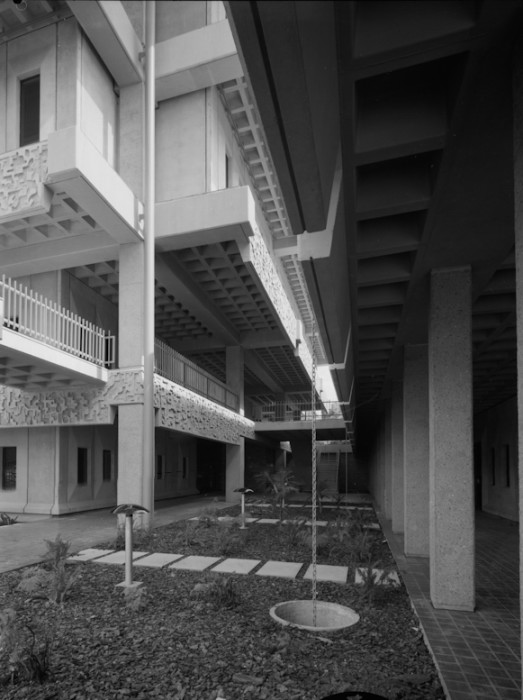 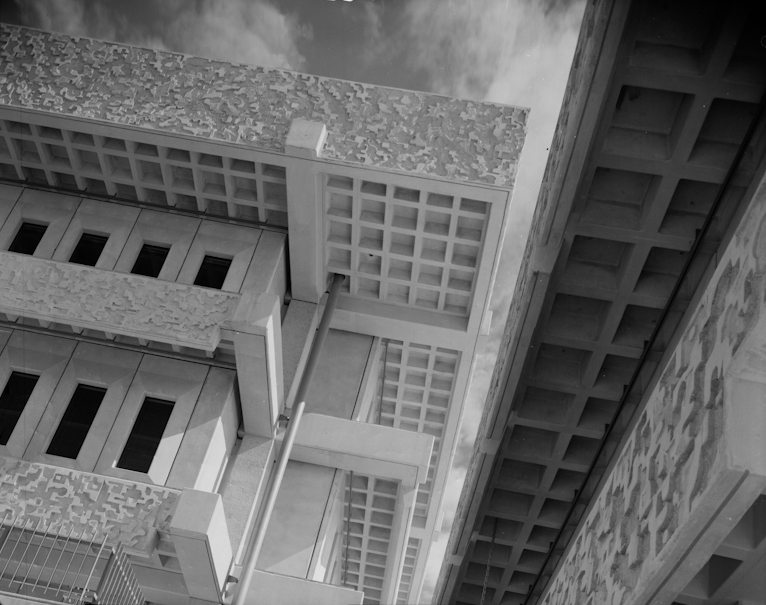 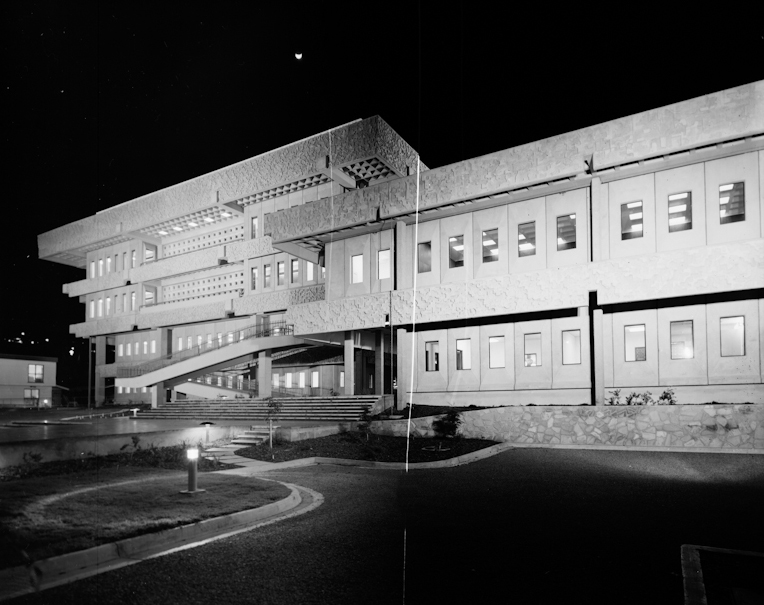 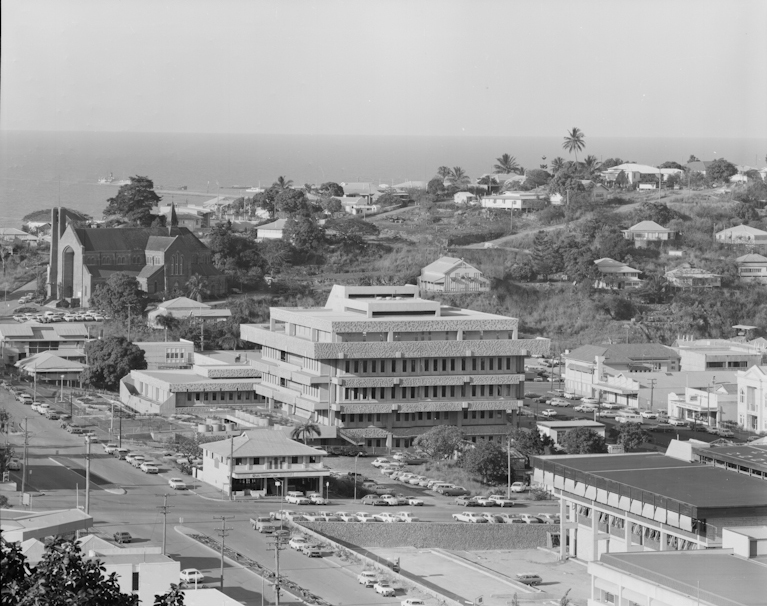 The 1970 World Exposition in Osaka seems an unlikely place for a Brisbane architect to gain inspiration for the Townsville Law Courts Buildings, however this is where the concept for the Edmund Sheppard Building began.  Ray Smith, of Hall Phillips & Wilson (now known as Phillips Smith Conwell), was exposed to the Japanese architectural movement ‘Metabolism’ and proceeded to integrate the nature of architectural megastructures with organic movement in his design.

This complex consists of a five storey Supreme and District Courts building, and an internal courtyard which links to the two storey Magistrate’s Court and watch house.  With the imprint of Japanese precast and insitu concrete work fresh in his mind, Smith worked to integrate boldly articulated roughcast fascias, a sweeping concrete ramp and external walls of finely finished precast concrete panels, with the floor slab cantilevering beyond the wall line. The abstract pattern of the fascias was achieved using polystyrene form liners to produce a non-repetitive and asymmetrical pattern.  In order to soften the solid structural concrete elements and create some acoustic control, the interior spaces consist of cedar panelled walls and carpeted floors, as well as cedar court room furniture and joinery throughout. 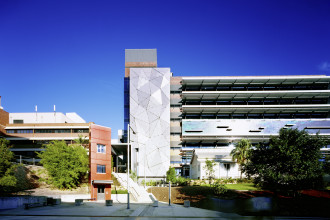 The full renovation has transformed the building into an exciting teaching facility and further reinforced UQ’s place on the hospital campus. 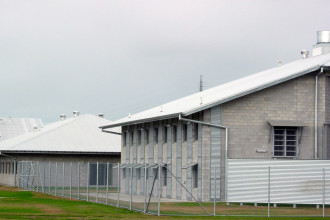